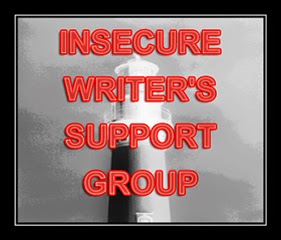 Time for another batch of twittering writer insecurities. Every month quivering messes of writers position themselves behind their keyboards and type out their doubts, fears or insecurities in hope of… well, connection most of all. But I also believe it’s also a bit of virtual therapy. Free therapy. Won’t you join us? Take part in the Freudian exercise as spectators if nothing else. Click on the image above and find yourself transported to the site that lists the names or aliases of those authorial messes. Come on, you know you want to. 😉

Now on to my insecurity.

I find myself again questioning one of my decisions in my current WIP. I began my second novel with every intention of writing in 3rd person limited. I initially believed that the 3rd person POV would give the greatest exposure to the world–given that it’s fantasy–and allow me to choose to maintain that POV choice but expand to include a second POV in the 2nd book. That was before. Then about halfway through my first draft, I felt stymied by the limits of 3rd, primarily the lack of intimacy. The first book focuses on the changes to the world through the eyes of the heroine, and I kept feeling that it was lacking her full voice. So… I switched to first.

I rewrote over 35,000 words to make the transition to first. A lot of work–yes, but I was feeling it. The next 5-10,000 poured out and it felt right. But then I paused to re-read it all. I had taken a break to edit on another project, and I often re-read a WIP when I have to transition. It puts me back in the characters’ heads and all that. Anyways, I began to question my decision. Again. Blah! This time, it’s not the lack of intimacy, but the lack of exposure. Her feelings and experiences are coming through loud and clear, but the world no longer is.

Which brings me to my insecurity/question: What POV do you all favor and why?

Time for some news.

Up first we have a video I first saw on Facebook but loved so much that I had to share it with all of you. I’ve shared Eminem songs before because I am a fan, but this woman made the song better. Without further ado, the best rendition of Lose Yourself that I’ve seen. Not news, but just plain old awesome.

Too many comments. I would have died laughing. And this town… Why have I not heard about this town before? Giant traffic cones. Mankinis. My eyes are watering from the tears of laughter. Just read. You’ll see.

And in science news–it’s back!

That’ll do it for my first week as more-relaxed-than-normal writer woman, instead of stressed and juggling teacher/writer woman. Enjoy your week. I’m off to get myself some froyo. New addiction. I may or may not have had it every day for the last five days. Don’t judge.

Maybe I’ll run into some traffic cones on my way. 😉

16 Responses to IWSG and Weekly News